Welcome to the 2019 ICPC Caribbean National Contests. This is the very last step the teams have to take in order to qualify to the Regional Finals

. The time has come to find out which are the best teams from each country

We are glad to announce that there are 195 official teams from 42 institutions and 5 countries. Additionally, 2 company teams, 26 preuniversity teams and 24 guest teams will participate. That means in total 247 teams will try to solve the programming

tasks proposed by the judges

! We wish you the best of luck, a lot of fun and many

, it would be great if you could share them by sending an email to icpc@uci.cu .

with all teams together.

UPD4: Below you can find the minute-by-minute

comments we wrote during the contest!

UPD5: The slots for the Caribbean Finals

have already been assigned! Here you can find the list of the teams that qualified!

If your team did not qualify, it only means that you have to practice a bit more.... it's not because the problems were hard. Don't be disappointed

. Unfortunately, not all teams can go to the next level

. If you train enough

, next year you will definitely make it

UPD6: The Editorial is ready!


These are the links to the warmup and real contest:

LIVE Comments of the competition

Here we will keep you posted with everything that happens during the contest!

[10:30] - The warmup contest has just started. This time it will be longer than usual because not all the teams in the Caribbean will be able to do it at the same time. In this contest, the teams should check that everything works properly and also get some practice

before the real one.

Train a Lot from Universidad de Ciencias Informáticas (UCI) just solved the first problem A after only 1 minute . It seems that they have been training a lot!

[11:35] - The public actions , such as messages, posts or comments are currently blocked for security reasons. If you have any comments or you find any error please send us private feedback using the blue button on the bottom-right corner (you need to be logged in to be able to see the button).

◔ Pac-men ••• opened the scoreboard with a

in problem J after 8 minutes from the start.

Limitless gets first to solve on problem H . Notice that this problem has two versions.

Limitless strikes again and is the first team with 2 solved problems H and J . This team is leading now!. Let's see if they really have no limits

◔ Pac-men ••• becomes the first one to solve the problem F .

Limitless is still leading in the unified standing (considering all teams from all countries in the same ranking).

Limitless is trying problem D but they got wrong answer

DECB (Daniel Enrique Cordovés Borroto) solved problem A and is now on top of the ranking with 3 problems solved but only 92 minutes of penalty .

UH++ solves also problem A and returns to the 1st place.

◔ Pac-men ••• keeps the good track and becomes the first team to solve problem K , now they have 4 problems solved and move up to the 2nd position of the unified ranking . They are leading the

3N1?M4 also solves problem K and moves up to the 2nd position with 4 solved problems.

ZForC solved problem G . This problem has not been solved by the teams that are currently leading

. This time in problem A . They moved up to the 1st place and became the first team to solve 5 problems

and there is no clear leader. Now

UH++ have solved all of them except G , they are trying to solve B but got wrong answer

Limitless solves problem K and moves up to the 4th position. They are still trying to solve problem D .

UH_wake_me_up! didn't have a good start but they are slowly moving to the top. They are now at the 7th position with 4 solved problems.

. Now they have 1 solved problem more than the team at the 2nd place

◔ Pac-men ••• needs to solve at least 2 more problems to move up to the 1st position.

in solving a problem. They are leading now the Puerto Rican finals .

◔ Pac-men ••• solves their 6th problem B but stays at the 2nd place because of the penalty. They have the same amount of solved problems as the 1st place

UH++ but with 15 minutes more of penalty time. The picture

below shows the team in action:

, that means that the other teams that have 6 problems need to solve at least 2 problems to move up to the 1st position. It's early to make any predictions but it seems that they have a very good chance to win.

◔ Pac-men ••• is now trying to solve problem D , this problem has not been solved so far.

has just started. From now on the ranking won't be updated anymore. We will have to wait until the end to find out the winners

from the leading team (before the frozen time)

until 6:00 pm (Cuban local time). Come back later to find out the winners

. The standing will be unfrozen using the dancing

scoreboard. How many teams changed their positions during the frozen time? After 6:00 pm we will post a video with the results

to find out the winners... or go directly to the final standing .


In addition to the good news, there is unfortunately also some bad news . It was detected that several guest teams from the Preuniversity committed fraud . This is inadmissible in any type of competition. Competitors invest a lot of time and sacrifice a lot to get there and to obtain a good result. It is not fair that others take the easy way. Especially in the ICPC and in the Caribbean competitive programming community this is unacceptable and will not be tolerated . The teams involved were: 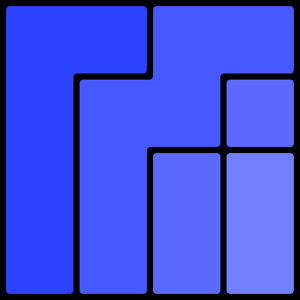 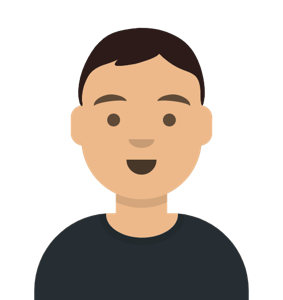 The national have not pdf discussion? Thanks for these amazing blogs!